Around 0330hrs Engine7-1 and Wagon1, along with Medic7, Medic1 and Rescue1-7 was summoned to Interstate 64 West bound in the area of the 140 mile marker for a reported Auto Accident. Early reports we...
➜
Fully Involved on Bannister Town
A little after 8pm Engine Companies 1,2,6, Medic1 and HR4 were dispatched to 806 Bannister Town Rd for the Residential Structure Fire. Chief6 was the first to arrive assuming command and reporting a r...
➜
MVC w/ Entrapment-1600 Byrd Mill

On Jan 23rd Engine Companies 1 & 7, Medic1 were summoned to the 1600 block of Byrd Mill Rd for the MVC, upon Wagon1's arrival they found a single vehicle on its side, with 1 female patient trapped...
➜
Veh vs Dirtbike-5700 block of W Old Mountain Rd
Around 1830hrs Engine Co1 was dispatched along with several medic units to the 5700 block of W Old Mountain Rd just off of State Rt 208 for the reported veh crash involving a dirtbike. Upon arrival Me...
➜
News headlines
2019 Line Officers
At our December business meeting the department held our annual elections electing the 2019 line officers of the Louisa Volunteer Fire Department. Below are our 2019 officers!Fire Chief: R. Whitlock1...
➜
Bringing fireworks back! 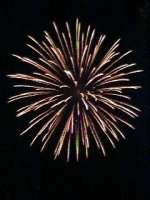 For 72 years the Louisa Volunteer Fire Department has been in the business of creating long lasting memories for many families in our area. Since 2011, new state laws prohibited us from launching fire...
➜
Truck1 goes to MNES!

LCFEMS Personnel took Truck 1 to Moss-Nuckols Elementary School to speak to kindergarten classes about our job and the importance of fire safety. We discussed smoke alarms, how to evacuate a smoke fil...
➜
Basic Pump Operations

Kents Store Volunteer Fire Dept in Fluvanna Co, played host of a 16hr-Basic Pump Operations Training Class this past weekend. The classroom portion was held at the New Kents Store Firehouse with the p...
➜
About us

The Department proudly protects over 8000 persons living in our first due area of 91 square miles.  Our first-due area, though predominantly rural, also includes the Town of Louisa, three shopping centers, a length of Interstate 64, an industrial park with five different manufacturers of various plastic products and an airport (Louisa County Airport - Freeman Field - KLKU) large enough to handle small business jets. We provide second and third due response to our neighboring six county fire departments, along with mutual aid agreements with Orange County and Fluvanna County.

Our firehouses and apparatus have, since the founding of the Department, been paid for with funds raised by the members and from citizens donations. Our current station, built in 1990, houses ENGINE 1and WAGON, Both are 2011 Pierce Velocity Custom Engine's; TRUCK 1, a 1997 Pierce Lance 75' quint; ATTACK 1, a 2000 Pierce/Freightliner 4WD Engine; TANKER 1, a 2002 Pierce/Freightliner 1800 gallon tanker; BRUSH 1, a 2007 GMC Pick-up with a slide-in skid unit; SUPPORT 1, a 1995 Chevrolet Pick-up which also functions as a brush truck; SALVAGE 1, a 1995 Chevrolet Suburban; and CAR 1, a 2008 Chevrolet Tahoe. Additionally the Department has the first fire apparatus that was purchased new, a 1935 Ford Seagrave Pumper.

This site has been viewed 353,029 times.
Calls
News
Events
Pictures
Apparatus
Maintained by the members and staff of Louisa Volunteer Fire Department Inc.. Designated trademarks and brands are the property of their respective owners. Copyright © 2006-2022. YourFirstDue Inc. All Rights Reserved. Content on this web site is supplied by Louisa Volunteer Fire Department Inc.. YourFirstDue Inc. cannot be held responsible or liable for any content, text, pictures, or any other media found on this web site.
Management login
Powered by